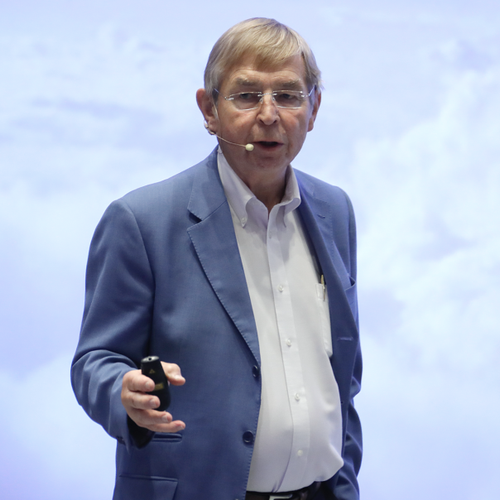 Talks covered by this speaker

As a seasoned professional with over 40 years of hands on management, technology and operational experience, Peter has been involved in established companies at an operational level, the creation and deployment of new technologies, products and management systems, plus the transformation of corporations, and the starting of many new businesses. This has involved board level responsibility in companies spanning £Bns to £Ms and an individual budget up to £100M with a management loading in excess of 1000 people. Peter’s BT career saw a progression from a linesman to R&D engineer before becaming Head of Research and then CTO. With a 1000 strong team engaged in studies spanning optical fiber, fixed and mobile networks, Peter reported direct to the main board and was responsible for developments that would support future IP, eCommerce, eRetail, eLogistics and many other new businesses. Peter’s PhD was pivotal in BT deciding to go all-digital and all-optical in the 1970’s, and he played a key role in a downsizing of BT from 242,000 to 110,000 people in the early 1990s. As a consultant and university professor, Peter has also been employed in the defence, logistics, travel, retail, energy, healthcare, transport, pharma, and consulting sectors as an advisor, board member, and manager with responsibilities for strategy and operations with budget responsibilities up to £1bn. As an investor and entrepreneur Peter has also engaged in the founding of new companies, investment and the management of growth leading to market success. He was appointed as the UK’s first Prof for the Public Understanding of Science & Technology @ Bristol in 1998. A graduate of Nottingham Trent and Essex Universities, Peter has received notable recognition with the Queen’s Award for Innovation & Export in 1990 and Honorary Doctorates from Essex, Robert Gordon, Stafford, Nottingham Trent and Brunel Universities. He was awarded an OBE in 1999 for contributions to international communications.

Your logo could go here!

If you'd like to get your brand in front of attendees following the categories this speaker is talking about (on this page, via email and during each talk) contact us.
We use cookies This website (and some of its third-party tools) use cookies. These are important as they allow us to deliver an exceptional experience whilst browsing the site.